Will Bermuda steal the America’s Cup from San Diego?

Well, sadly the possibility seems greater and greater as the year comes to a close.
.
The last two contenders for the lucrative 2017 America’s Cup, are Bermuda and our very own sunny San Diego.
.
The America’s Cup is a multimillion-dollar event and one of the world’s oldest sports competitions. After San Francisco hosted the Cup in 2013, but was unable to offer cheaper options–Chicago, Bermuda and San Diego began the battle to get the coveted Cup to their city. But, now after San Francisco and Chicago have been eliminated, Bermuda and San Diego will remain to continue the battle to the end of the year—which is when the America’s Cup selection committee will make it’s final decision.

.
While San Diego has great facilities already in place, a challenging race course, a great tourist locale, and a vast American market for advertisers, Bermuda is counting on it’s very enticing offer of a tax-free event for all. In the end, the money factor may win out, despite the fact that San Diego is objectively a much better city for the America’s Cup.
.
Dr. Grant Gibbons, the Minister of Education and Economic Development, who brought Bermuda to the table this year refuses to comment on the idea that his choice will likely get the cup because it has offered this money incentive. An incentive, that San Diego cannot match.
.
Money is undoubtedly a huge factor because San Francisco lost out when officials decided the city had become too expensive for contenders and sponsors. San Francisco, a rich and powerful hub refused to work with the Cup to decrease costs and therefore lost out.
.
“Bermuda is already on record saying the 2017 event will be tax-free for all participants and Bermuda organisers have indicated their final bid will include other financial rewards. And, let’s face it … money talks, ” explains Bill Centre of the San Diego Union Tribune.

If Bermuda wins, not only will the competitors get a tax-free deal, so will the various syndicates. It’s going to be hard to turn down that kind of money savings.

Dr. Gibbons refuses to admit that financial reasons will be the final motivator in deciding who gets to host the Cup, “Bermuda is committed to being a great partner to the America’s Cup Event Authority, as well as the Defender and the challenging teams, and, if ultimately chosen, hosting the best America’s Cup yet.” 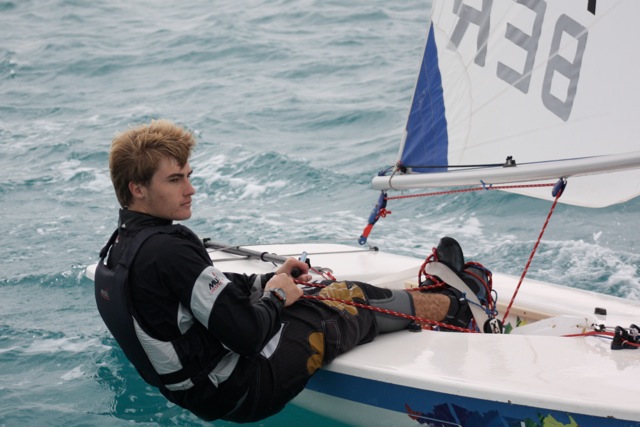 .
Bermuda has never hosted the Cup before, but many contenders feel that the country would do a great job if given the chance. The location, the weather, the tax-free incentive are all reasons that they cite.
.
Considering that San Diego is known for two of those three, who can’t guess which reason is getting most weight?
.
San Diego, on the other hand hosted the Cup in 1988, 1992, and 1995. The locals feel that they deserve the event, and would execute it better.
.
Whoever ends up with the 35th America’s Cup, we can only hope that all pros and cons are weighted well and that the decision is fair.